An Amputee, a Race Horse, And Love #MFRWBookHooks 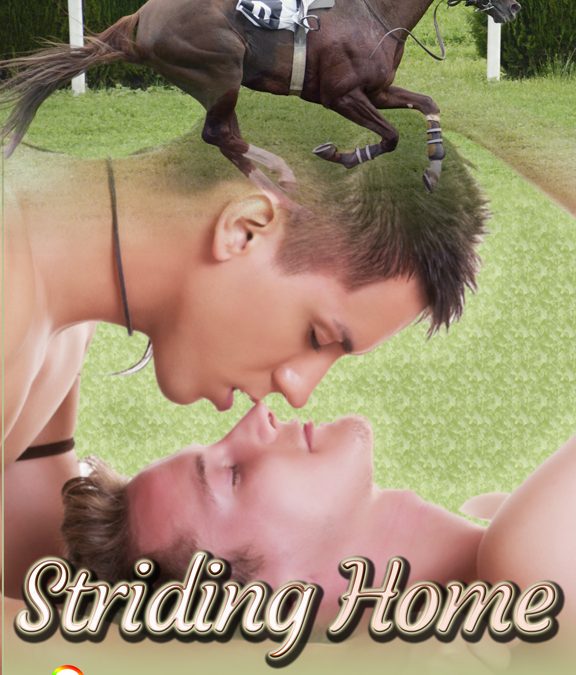 I am so pleased to bring to you the story of Striding Home, just released yesterday. This is the second book in my 2 Hearts Rescue series, and it’s release coincides with the Bark, Purr, Love event of free and 99 cent books featuring LGBTQIA+ relationships and people who care strongly about rescuing and saving animals.

Enjoy this excerpt from Striding Home.

Lost in his thoughts, he didn’t realize Topper had slowed to a walk and then came to a halt on the other side of the fence. Automatically, he reached out to pat the horse’s shoulder, and the horse tried to nuzzle the top of his head through the fence.

Simply hearing Danny say his name tightened his stomach and hardened his cock. “Danny,” he acknowledged. “Jay told me that he had Topper now.”

“Brockman gave him six months. That’s more time than I was expecting. Apparently Cody’s father knew Brockman and convinced him to retire him here rather than send him to one of the other organizations.”

“And you? No doubt you could have written your ticket.”

“Well something about shattering your ankle on the way to see your lover in the hospital kind of ruins an exercise rider’s career for a while. When I came back…let’s just say I didn’t handle things well. Jay’s giving both of us a chance. I’m done here. Let me take him into the barn and we can talk.” He dismounted, and having Topper between them gave Ace some time to compose himself. Danny shattered his ankle? Was that way he left without a word? 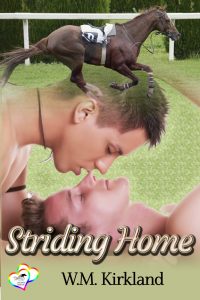 Arcelio (Ace) Mendez lost his career as a jockey and part of his leg in a horrible accident during a race. He thought he’d lost his lover, Danny Raines, too. Ready to move on with his life, he accepts an invitation from 2 Hearts Rescue to come see the horse he’d been riding when the accident happened. When he arrives, he discovers Danny’s there, and they have a lot of catching up to do.

Danny would have kicked himself for not being there for Ace during his rehabilitation, except he’d had an accident getting to the hospital and shattered his ankle. His career as an exercise rider was over, and his self-destructive behavior ensured that career would stay dead. He found himself at 2 Hearts Rescue and it seemed that not only had the rescue saved him, but it also brought Ace back into his life. He has to prove to Ace that he won’t run again, and together they can make a new home.

NOTE: Each book in this series can be read on its own, though characters reappear through the books. A portion of the proceeds for this book are donated to animal rescue causes.