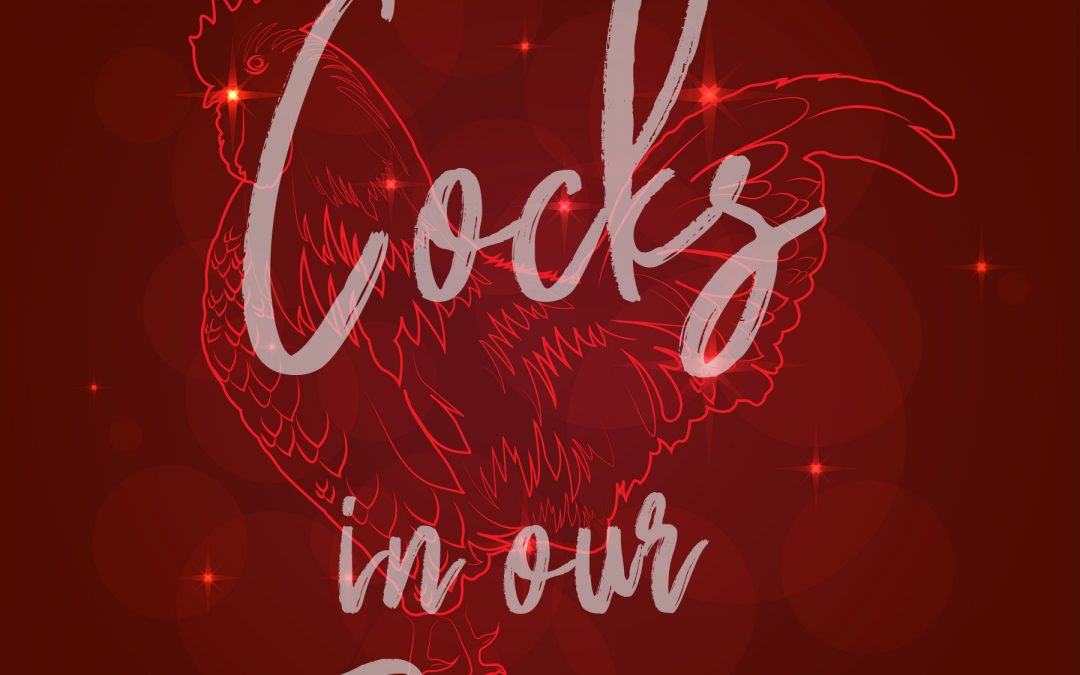 There have been a lot of good articles on not just the circumstances surrounding the trademark of the word “cocky” as well as the legalities about it. Personally, I think it’s such an obvious misstep that while it may take a lot of time and trouble, and cause no amount of innumerable damages for the authors affected (something I think the original trademark holder should reimburse, but that’s another court case I’m sure), it will be rectified. It’s been analyzed in many other blogs, and I have no wish to duplicate that very excellent work here.

Instead, as someone who is an invisible illness warrior (I do things at pain levels others can’t even contemplate.) and aware of movements beyond the world of publishing, there are tell tale dog whistles which are easily recognized by those on the front lines. These are the topics of my two blogs. And I do so for awareness and visibility, because many of us don’t think about these things unless someone outside our community mentions them to us.

The first, which I’ll address in this blog is tone policing. The second, will require a blog of its own, because while the fall out from it is still being realized, it’s dark and it’s ugly and it deserves to be called out.

I would like to note that I do not condone, nor agree with those who 1-starred the offender’s books or personally attacked her. Personal attacks are never the way to go, and I in no way support the attacks. This also means her attacks and the wider than a country mile approach she took to enforcing her “trademark” are wrong. She bullied authors. Those who stood up for her did so knowing they were supporting a bully. (More on that in the next blog).  What’s good for the goose may be good for the gander, and yes, she was bullied in turn, but that doesn’t make either side correct in this. It also means what I observed is all the worse.

As so often is heard when trouble ripples through romanceland, there are those who think that they’re “tired of hearing of it”. They remind me of those who say they “don’t want such negativity on social media”. As a fibro warrior I’m not going to lie or sugarcoat things on my profile; I have a page for talking specifically about my books. More and more as the weekend wore on, I heard…

“Can we tone it down?”
“Why are people so angry about this if it doesn’t affect them?”
“Don’t be so upset.”

This is tone policing. It’s a tool used by those who wish to derail the conversation, usually because they are secure in their position and don’t wish the status quo upset.

Tone policing attempts to detract from the validity of a statement by attacking the tone in which it was presented rather than the message itself.

In Bailey Poland’s book, Harassment, Abuse, and Violence Online, she suggests that tone policing is frequently aimed at women[1] and attempts to derail or silence opponents who may be lower on the “privilege ladder”. (Source: Wikipedia)

This means instead of looking at the legal or business implications of what may be happening, those who saw the fear and upset of the people posting online who did see and fear the implications, were being told to sit down and shut up. They were being told that their concerns weren’t valid because of the tone in which it’s being said.

I would hope not. I’d hope that you would listen, that you would offer help, or reason. If the child fears a monster in the closet, show them the closet is empty. If you fear a large tax bill or what might happen as a result of legislation, hopefully those around you–your community–would listen, would offer suggestions, would not tell you that your concerns weren’t valid because they didn’t like the tone of your voice.

Thankfully, those participating in the tone policing (who weren’t involved in what will be discussed in the next blog), were few and far between. Most people were outraged, were supportive, and banded together in a way that only happens when a crisis rocks the publishing community like this. And for that, I’m glad. I’m thankful.