Some final thoughts on Ellora’s Cave 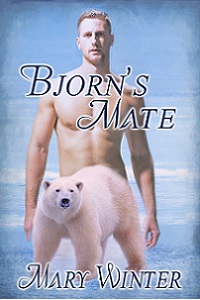 It’s December 31, the day that many authors will receive their books back from Ellora’s Cave after forfeiting some untold amount of royalties. For those of us who received our books back earlier and didn’t give up royalties, as I sip my coffee this morning, I find the moment bittersweet. You see, it was just a week ago where I finally got my last Ellora’s Cave book down from Kobo after a month’s long process and my last check came nearly a year ago and only paid through June 2015.

For authors such as myself, who got our books back and didn’t give up royalties, I feel like we’ve been forgotten. Sure, I’m guessing I’m owed between $60-100, and I do plan on filing with the Ohio State Attorney General and I’ve got some Google alerts setup because if they do file bankruptcy, I want to be listed as a creditor.  But mostly, this is a hard and bitter end to a saga that began in 2007, and I’m just tired of it.

So theoretically as the saga winds down, I’m offering some final thoughts. That is, as of today EC’s website is still up and they said nothing in those “give up your royalties and we’ll give you your books back” emails that they would be closing. There is a report that they’re now being sued for the infamous bus.

I’ve given up on receiving my money. Look, Ellora’s Cave has a long history of slow/no pays, and this saga has been dragging out for years.  They will continue to behave this way until they are brought to justice or the site is fully shut down–neither of which I see happening anytime soon.  As a longtime author, my advice is this.

It’s been reported that the Ohio State Attorney General isn’t doing anything with complaints. For most of us involved in EC (or frankly ARE’s closure), most of the amounts are too small to seek legal representation on our own. So we have to shrug our shoulders, consider it the “cost of doing business” and move on. The only hope I have is that the more light is shone on the skeevy behavior of those who seek to take money from authors, the more people will be less inclined to try and repeat it. Because as one poster on twitter put it: this kind of behavior is not a “how to” manual.

I wish you luck and fortune in your choices of publishers in the new year. And the cover I’m sharing here is the reissue of my best selling romance ever. The one that brought in the kind of money EC was known for back in the day. I’m glad my polar bears saw success there, and truly hope they continue the journey here. So yes, there is life after this kind of bad publisher behavior. There is hope. And your books will go on.