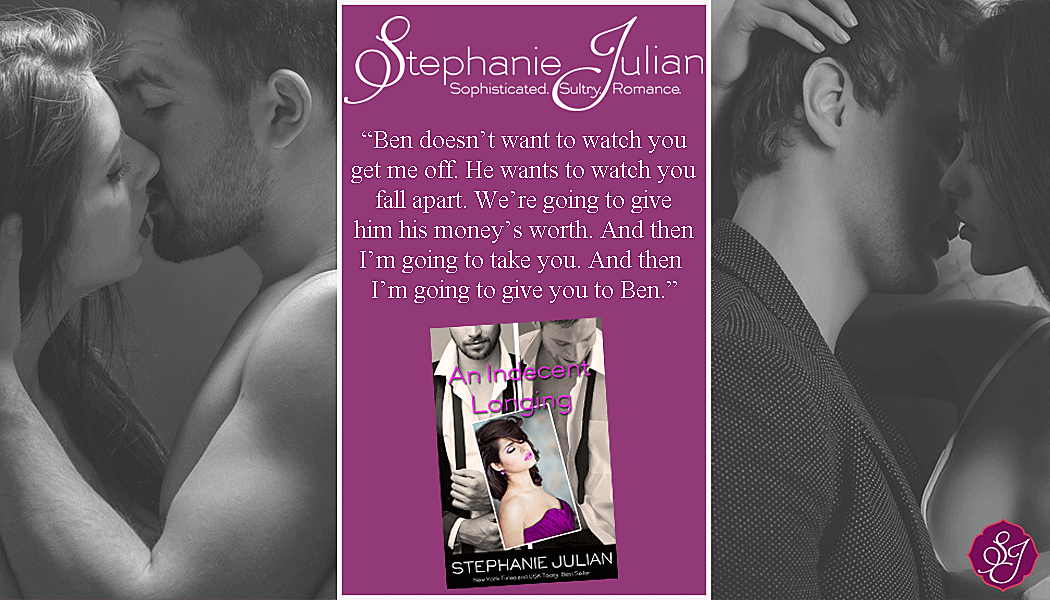 Dorrie Haverstick is the one woman Ian Keller wants with a burning passion…and can’t have. Her connection to the man responsible for his father’s death makes her poison. That doesn’t make him want her any less.

Dorrie’s life is filled with secrets. Her beloved father runs the Russian crime family in Philadelphia but keeps her existence a secret. To acknowledge her would put her in constant danger and destroy her reputation as a physician. But his money funds her medical practice and she’s the on-call doctor for his men.

Decorated vet Ben Shaw knows his cousin Ian’s transition from the shadowy world of black ops into regular life has been difficult. But when he sees Ian’s interest in Dorrie, he sees Ian’s salvation in her eyes. There’s only one problem: Ben falls hard for the quiet, driven Dorrie.

Does Ben take Dorrie for himself? Or does he step back and wait for Ian to make his move? Either way, someone’s on the outside. Unless they can agree on one indecent solution..

She loves hard rock and Broadway, runs very slowly, married a Springsteen fanatic and is the mother of two hairy beasts she calls sons. 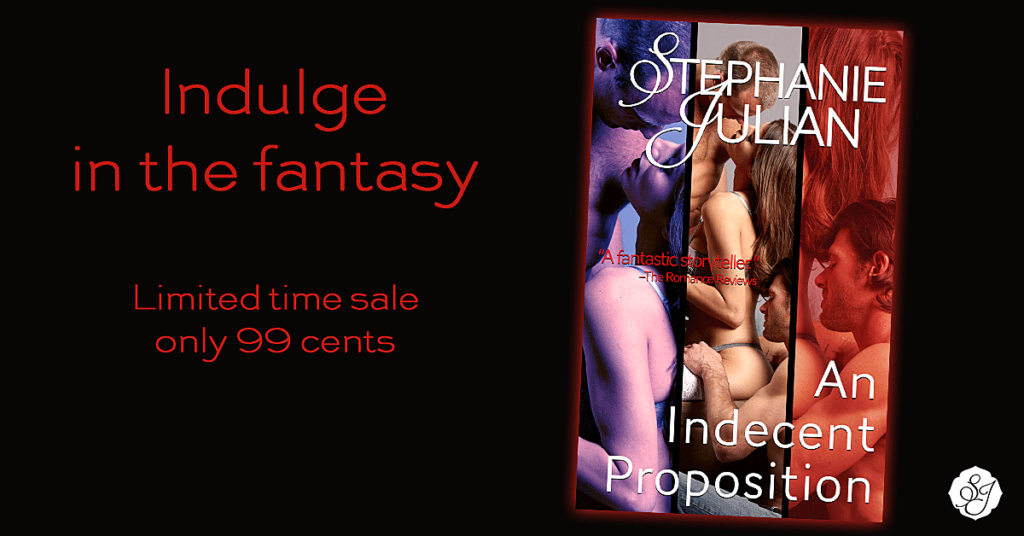 For a limited time, AN INDECENT PROPOSITION, Book 1 in the Indecent series, is on sale for 99 cents.

An excerpt from Indecent Longing

Ian stopped cold in the open door to his room.

His goddamn cousin, the one person left in this world whom he actually cared about, was going to be missing a few teeth if Ian turned around and punched him in the face right now.

And even though he knew he’d never do it, his hands clenched into fists.

He should turn and walk away. Right now.

But he couldn’t because his feet felt like they were stuck to the floor. Because he was a total ass.

So he stood there and watched her sleep. Like the complete asshole he was when it came to her. Just like when he’d seen her at the hotel tonight, he had the same reaction he always had to her.

He wanted her. His entire body ached with wanting her. His jaw clenched, every muscle in his body tensed, and his cock got stiff as a bat.

Over the past two years, he’d learned to hide his reaction but he couldn’t stop it.

Even though he knew who she worked for and what that bastard had done to his father… He still wanted her. More than any other woman he’d ever known.

His jaw began to hurt and his lungs ached from oxygen deprivation.

And he still couldn’t take his eyes off her.

He had dreams about her lying in his bed, more nights than he cared to admit. Dreams about all that smooth, pale skin stretched out on his sheets. In his dreams, she’d been blonde. Now she was a brunette. And even more beautiful than before.

His gaze traced the lines of her jaw, the rounded curve of her cheek, and the most adorable nose he’d ever seen on a woman. He wanted to run his finger down her nose, across her full lips, then he wanted to bend over her and seal his lips over hers and kiss her until they both couldn’t breathe.

Then maybe he’d pass out and hit his head so hard he’d forget how much he hated her.

Bullshit. You don’t hate her.

True. But he hated himself for wanting her.

Ben spoke softly, probably because he didn’t want to wake Dorrie. Or maybe he realized that Ian was on the edge and was worried about what Ian would do.

He was right to be worried.