Inspiration in Science Fiction or You Named Your Planet WHAT? 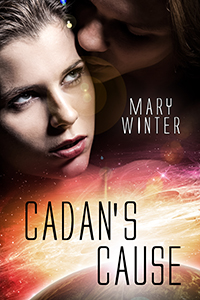 Back in the mid-90’s I wrote an article for an RWA newsletter entitled, “Are We Losing Our Imaginations?”. This was after reading a Topaz romance where the bad guy spoke exactly like Yoda, and the hero pointed his finger and said “engage” (ala Captain Picard) every time he wanted to go anywhere. It was like a mashup between horrible Star Trek and Star Wars fanfiction, and while the story itself was good, and I cared about the characters, the clear lack of science fiction depth and knowledge was horrifying to this geeky girl.

You see I come by my love of paranormal and SF romance legitimately–from the science fiction/fantasy fandom communities. In fact, I wanted to be a sf author. Well fantasy, but I was told that first fantasy novel about a girl and her special horse was horrible (Gods, I haven’t thought about that book in years, but now that I have maybe I can find it again?) by an agent, but she loved my paranormal romance. The one that placed dead last in the RWA contest I submitted it to because no one knew what to do with a witch, the ghost of a Dead FBI agent, and sex back then. (Oh how times have changed. Ghost Touch was my first published novel.)

I really want to read in the sf romance genre. I really do. I love it. Give me space ships and fights, or magic and mythical creatures along with my romance and I’m there. Except, too much of it today reads as if we’re back in the mid-90’s and I’m thinking have we lost our imaginations.

Look, good worldbuilding–hell even mediocre world building–is tough. Great world building, the kind that sucks you into the universe and makes you keep coming back is hella tough. It’s so much easier to call your planet Terra, or your alien X’INGOBTOG because those are the keys your fingers hit at random. It’s so much easier to draw on our depth of Star Wars, Star Trek, Dr. Who, and even newer shows like Killjoys (which I LOVE!) and Dark Matter (which I love even more!). Slap some new names on old tropes and you’re done, right? NO!

It’s up to us as authors to be good enough to tell the stories we want to tell. World building, even for contemporary books, is an important part of that process. When you choose a genre that requires more worldbuilding, take your time. Use your imagination. And don’t get stuck in tired old tropes. Your readers will thank you.