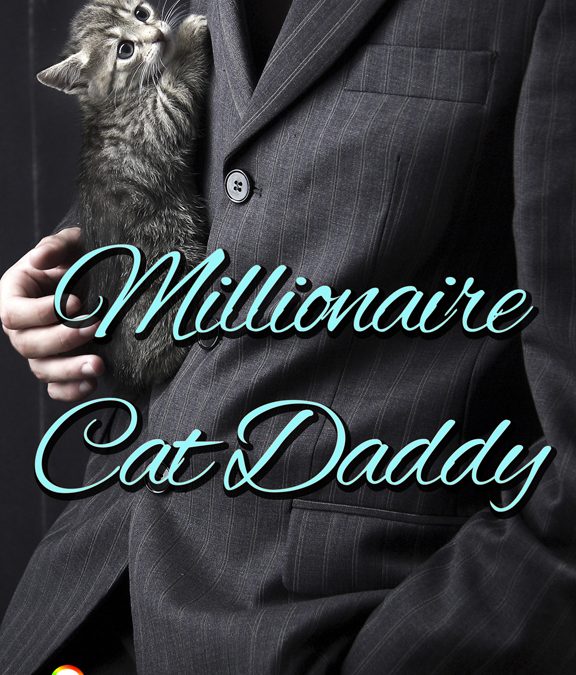 I am loving writing about different animal rescues and the kitty rescues are some of my favorites. When the Feline Unit at 2 Hearts Rescue needed a rich benefactor to build a new building, well, I thought I would bring in one of my favorite tropes, reunited lovers. Enjoy this excerpt…

Trevor Garrettson stopped in front of the old red barn where a wooden sign proclaimed 2 Hearts Rescue Feline Unit and wondered how it’d taken him so long to find out about this place. He’d been named one of the hottest Tech CEO’s by an industry website, and they weren’t just referring to his app empire. He and his partner Kacey had been behind Cat Daddy Singles a site for gay men who loved their cats to find dating partners, as well as the counterpart, Dog Daddy Singles, for those who loved dogs. He’d just broadened his dating app empire to include Single Cat Lovers, for heterosexual couples. And yet, he hadn’t found love in Silicon Valley or elsewhere. Which may be why he’d returned home to Wyoming a year ago, because frankly California trendy living was getting to him. And maybe, he wanted yet another chance with the sexy waitress at the Range & Reel, the only woman who’d been able to say no to his proposals. He shook his head, trying to dislodge thoughts of love, or anything else. He was here with a proposal. Word on the street was that the Feline Unit needed a benefactor so they could build their new building, and he was looking at investing some of his profits from his dating apps into charitable causes to help animals. It’d be a win-win situation. He opened the door.

From the first glance, Trevor could tell he liked the setup. An office sat to one side, the door open and a few large enclosures for cats. A large, fluffy orange cat lay curled up in a bed on a shelf below a window, sunning itself. Moving into the main part of the barn, he saw it had been transformed. More large kennels, each one with a big cat tree and lots of vertical space, lined one wall. A room with maybe two dozen teenage cats, all gangly legs and rambunctious energy, sat in the corner, with big glass viewing windows. Another open community room for older cats sat next to it, again with lots of cat trees and vertical spaces. Then behind him, more of the kennels, including a couple with nursing mothers and litters of kittens. Clearly they needed more room, though everything here looked clean and well cared for.

“Can I help you?” A gentleman stepped out of the office, wearing an orange t-shirt with a local construction company on it, jeans, and boots. He held out his hand. “I’m Robbie, one of the managers.”

“Trevor.” He didn’t offer his last name. “And yes, I wanted to talk to you about your need for a new building.”

Robbie’s eyes widened. “Certainly. Let’s go into the office.” Trevor followed him, taking the chair by the desk, while Robbie sat behind it. “What would you like to know?”

Purchase from Amazon for 99c or read in KU 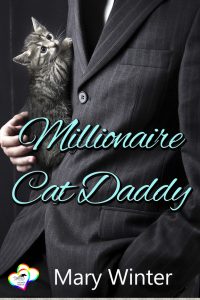 Trevor made millions writing apps to connect singles who love cats. His sites for gay and straight couples were hot. So why wasn’t his love life just as hot? He returns home to Wyoming and the only woman who’d ever made him burn to see if he couldn’t get a little of that romance mojo happening for himself. And when he finds out that 2 Hearts Rescue needs a wealthy benefactor to help them build a new building for their Feline Unit, he knows he’s exactly where he needs to be and that he’s going to stay. If only he could convince Lacey to overlook his wealth and remember just how good they were together…and still can be.

Single mother Lacey works at the local restaurant as a waitress. Her husband has custody of their son, and she struggles to make ends meet for herself and her two rescue cats. When Trevor returns to town, Lacey reminds herself to stay strong. They are from two different worlds. Why would Trevor want a poor, down on her luck waitress like herself, never mind that she loved him once, and if she’s honest with herself…still does.

Author Note: Each book in the 2 Hearts Rescue South series stands alone, though you’ll meet familiar characters in each story. A portion of the proceeds from this story go toward animal rescue causes and organizations.

Purchase from Amazon for 99c or read in KU