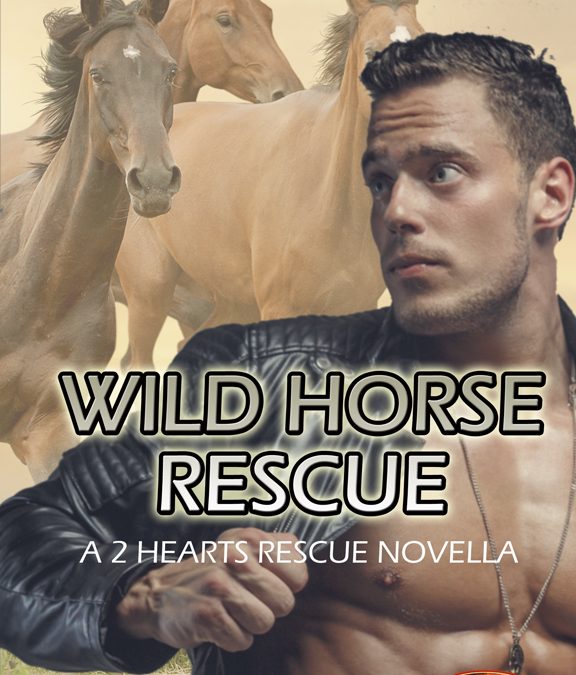 I was honored to write in Elle James’ Brotherhood Protectors world, and even more so, combine my passion for horse rescue, mustangs, with an exciting story. I hope you enjoy this story.

After her friends at the 2 Hearts Rescue allowed her to stay with them after a bad breakup, acclaimed wildlife photographer, Erika Alberts, eagerly went to the Crazy Mountains in Montana to photograph wild horses for their fundraising calendar. Everything isn’t adorable foals and beautiful sunrises though, because her camp has been sabotaged and things just aren’t adding up. She’s afraid her ex is back and he’ll stop her at any costs.

Logan “Mustang” Ryder knows Erika will not be happy if she learns her friends hired him to keep an eye on her. He’s the perfect member of Brotherhood Protectors to take the job. Not only is he a former ParaRescue with the Air Force Special Ops, but their motto “that others may live” is more than a duty, it’s a way of life. He remembered Erika from a hot week they’d spent while he’d been on leave a few years ago, and he’s wanted her ever since. It’s his job to keep her safe from a crazy ex-boyfriend, and to convince her that he’s ready to settle down—with her.

Erika stopped and turned in the direction of the engine. An ATV was headed toward her. For a moment she sagged with relief. Maybe she wouldn’t have to walk all the way to the road. Except she’d seen the flash in the rocks to her left. She’d dismissed it as sunlight hitting a mineral, nothing to worry about. With the vehicle barreling towards her, she didn’t know. She reached into her bag and closed her hand around the can of pepper spray.

The vehicle slowed. The man, face obscured by a helmet, wore jeans and scuffed boots. A chambray shirt was buttoned halfway up, revealing a navy t-shirt with some kind of military seal on it. His broad shouldered, narrow hipped build reminded her of Logan, except as far as she knew he was off in some Middle Eastern country fighting for  freedom Or rather rescuing the men fighting. He’d been a parajumper and she’d told him she couldn’t handle the unknowns, so they’d parted. She still missed him.

Her heart pounded. “Hello?” She said when he was near enough and dropped the idle on the engine so it was low enough to talk over. “Can I help you?”

He lifted the helmet and for a moment her breath caught in her throat. From the short, sandy brown hair to the cheekbones a model would kill for and the twinkle in his chocolate brown eyes, he was a sight for very tired eyes.

“Fancy meeting you out here, Erika,” he said. “Need some help? Or just taking some photographs?”

“Boy do I need some help. My damn truck won’t start.” She sighed, then kicked herself for wanting to throw herself into his arms like some kind of fairy tale heroine looking for her prince. “You got signal on your phone? I have no bars and I need to call a tow truck.”

“Sure”. He swiped on his phone and handed it to her. “Should have good signal.”

“Thanks.” She dialed the number she’d saved in her contacts, just in case, and got the dispatcher on the line. She gave her location and promised she’d stay with the vehicle. Once the call was over, she handed the phone back. Their fingers touched, and for a moment she let the sensation of touching him flow through her veins. Her lips parted. She held her breath, half expecting him to lean over and kiss her. Instead, he dropped his phone back into the holster on his waist, and she fought disappointment. He was all business now. “Can I ask one more favor? Would you mind taking me back to my truck?”

Check out all the books in this week’s launch: 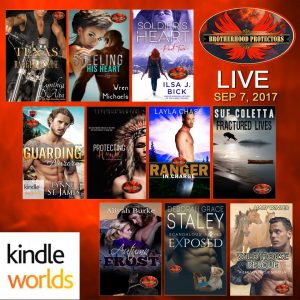