Putting a rescue cat in a book #MFRWHooks 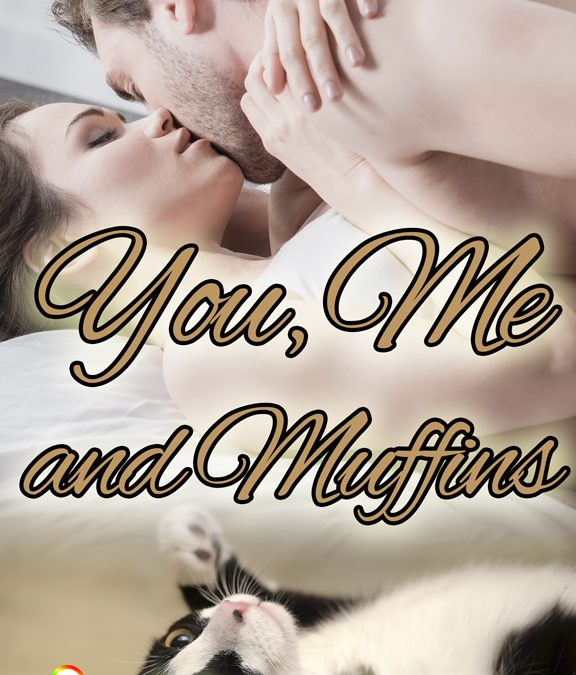 This week’s book hooks is an excerpt from my newest release, You, Me, and Muffins, a book about a woman who took in a feral pregnant cat and a second chance at love. Muffins is based on my Sweet Pea. Longtime readers may remember 2015 as “kitten summer”, when I took in two pregnant stray cats and managed to adopt out a few from their litters. Sweet Pea was our first, and she and her “beans” (Sam, Scooter, Buck, and Blossom) were the first litter born that spring. I hope you enjoy this story and Muffins. 🙂

The extremely fat cat meowed in her cage and stock one white-footed paw through the bars of the dog kennel the Feline Unit at 2 Hearts Rescue had loaned her. She blinked big, golden eyes and meowed again, the kind of meow that would make her think that the cat hadn’t been fed in years, never mind that she’d sat here in her study and watched her devour a can of gourmet food. Nothing but the best for her pregnant stray mama.

Simone Carter leaned back in her desk chair and groaned. How’d she end up with an extremely late, about to give birth cat? She’d been minding her own business, setting a trap to catch a predator that had been menacing her small chicken coop, and instead of the raccoon she’d expected, she’d gotten Muffins. The cat wasn’t chipped and was skinny enough to indicate that it’d either been dumped or had been a stray for a long time. Brent’s vet office promised to ask around, but really, out here this far from town, who knows where the cat came from. She hadn’t been spayed, obviously. The six bundles of joy that appeared on the x-ray confirmed that. And, she’d be giving birth any time now.

Tears stung Simone’s eyes. Her hand instinctively fell to her own abdomen, though she hadn’t thought about her lost pregnancy in a long time. Maybe that had worked out for the best. A month after she’d lost the baby, she’d found her husband with a stripper from Cheyenne and been divorced a few months later. He hadn’t contested. Now, Ainslee told her that Wyatt had taken a junior partner job at the law firm where she’d worked, and since hearing he was back in town, she couldn’t stop thinking about him. Then, Ainslee had dropped the bomb. Wyatt Jackson had asked about her.

She closed the file on her desk and shut down her computer. She had a donation of supplies to drop off at the Feline Unit and maybe getting outside would get her mind off of Wyatt and get it back on work. She promised the city comptroller she’d have these reports to him by Monday morning and she was nowhere near being done with them. She’d hoped to finish this morning and have the rest of her weekend to herself. No such luck, not when Muffins and thoughts of Wyatt kept intruding.

“I’ll be back, and then I promise I’ll get the spare bedroom ready for you,” she told the cat as she walked out of her study and headed to the side door. Slipping on a light jacket and grabbing her wallet and keys, she stepped into the garage and pressed the button to unlock her car and raise the garage door. A few moments later, she backed into the street and headed for the rescue.

Purchase from Amazon (Free in KU) 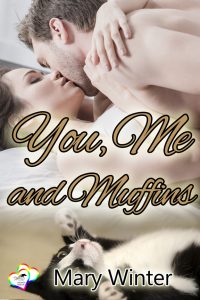 A chance encounter led Simone to foster Muffins, a very pregnant stray cat. When she drops off some donations at the Feline Unit for 2 Hearts Rescue, she never imagines that she’ll find Wyatt, an old flame there. Something about Muffins is stirring her own, long-buried maternal instincts, and Simone longs to be a family. But will her inability to have kids turn off Wyatt? And will he want a ready-made family where kitty makes three?

Pleasantly surprised by seeing Simone at 2 Hearts Rescue, Wyatt longs to rekindle their steamy romance. He’s ready to settle down–with Simone. It’s up to him to convince her that any family with her is purrfect.

A portion of the proceeds from this story go toward animal rescue causes and organizations.

Author Note: Each book in the 2 Hearts Rescue South series stands alone, though you’ll meet familiar characters in each story.

Purchase from Amazon (Free in KU)