Trapped in an ice cave…with a polar bear? 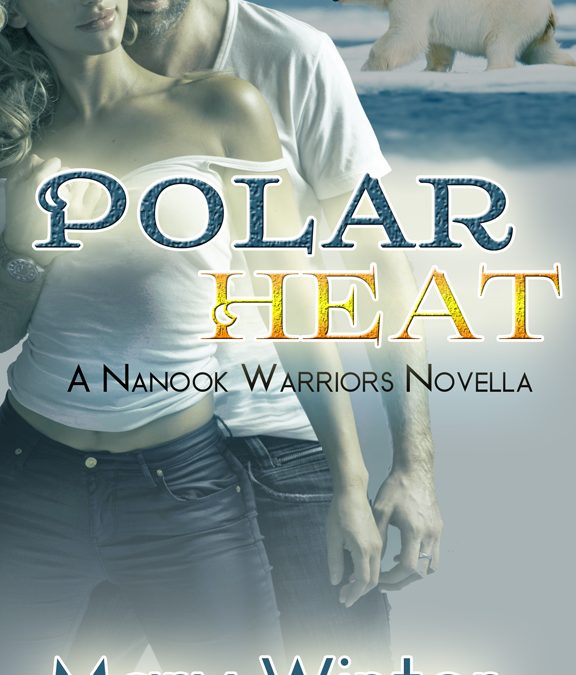 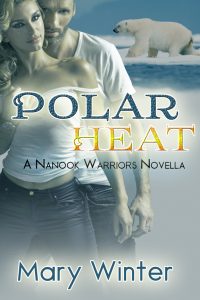 Studying polar bears is Norwegian scientist Aud Myhre’s passion. The leader of an Arctic research team, she stays in the frozen north over the holidays to obtain necessary data, with help from her sexy colleague Svein. She didn’t count on a storm trapping them in a cave with no means of warmth-except each other. Aud struggles to keep their relationship professional, but there’s no fighting their combustible sexual chemistry. Svein Eide has more insight into the lives of polar bears than anyone knows. To keep Aud safe from the storm, he has two choices. Reveal his shapeshifting abilities and lead her back to camp, or find another way to keep her warm. He knows which “he’d” prefer. Polar bears don’t mate for life.but one taste of Aud’s passion could disprove that scientific fact.

Purchase from Amazon (Only 99c!)

All Aud Myrhe needed to do was return to camp, analyze her findings and turn the article over to her editor at Nature. With the promised payment for the latest on her team’s polar bear research, she would secure additional funding for the team. The money was the reason why she and Svein had agreed to stay at camp instead of returning home over the holidays.

Aud fingered the strap on her backpack and took an exploratory step from the mouth of the cave—directly into a cloud of blowing snow. Driving wind howled and ice crystals formed against what little skin she’d left exposed. Overhead, the dark sky— it was always dark near the Arctic Circle in December—promised no hope of light or direction.

So much for heading back to their base camp. They should have tried to beat the storm. But the risk of not returning had been worth it to get the prepartum readings they needed from the hibernating, pregnant polar bear. She ducked back into the cave and turned to give the bad news to her partner, Svein Edie.

Svein puzzled her. Six years older than she, he possessed the qualifications that would have made him the easy choice to lead this mission. But he didn’t usurp her authority. Instead, he followed her scientific lead unless he felt strongly about something. Then he stood his ground until he won the point, a stubborn and skillful negotiator. She admired his tenacity when it came to his beliefs. She might want to slug him at times, but she respected him as well.

Aud reassured herself that she had been chosen to lead the mission on the merit of her qualifications, not because Svein let her. She knew polar bears like the back of her hand. She’d been the one researching them since her childhood. At thirty-two, she also knew her way around the frozen north. Her scientist father had often taken Aud and her two sisters into the Arctic on his research missions. Sure, her father might have been studying orcas, but her gaze had always roamed the shore looking for polar bears.

She knew she was qualified to lead the team, and she prided herself on her professionalism. Still…sexy, intellectual men were her kryptonite—Svein more so than most. All six-foot five-inches of him frustrated her on a sexual level. Just one look at his short-cropped, white-blond hair and icy blue eyes had her pussy weeping. His hard, muscled body looked as if it should be in a body-building magazine. She often heard the clank of weights in the base camp fitness room.

Something about discussing theories with a smart, sexy man soaked her panties. Sitting with Svein back at camp, analyzing the latest scientific news over cups of mediocre coffee, she had often wished she could push her professional barriers aside and fuck him senseless. And from the way she’d caught him looking at her lately, she thought he wanted the same. His gaze reminded her of a polar bear looking at a plump, juicy seal.

Purchase from Amazon (Only 99c!)