Yet someone else not paying authors…Author Beware (Summer of Supernaturals) 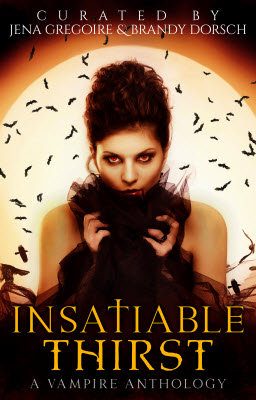 I’ve been in this business long enough to have been stiffed by some publishers who decided not to pay, and who still haven’t paid. And every time it happens it pisses me off. Now, it’s a “PR Company” that put together an anthology series that isn’t paying authors.

The volume I was in, Insatiable Thirst, published in early July. This means Amazon would have paid royalties to her at the end of September. Per the agreement royalties were due by October 10. They weren’t paid. Messages in the Facebook group, instant messages, even tagging…not paid. Now I can only speak to the volume I’m in, but I’m hearing others in this series haven’t gotten paid yet either.

Finally on October 24 we received a promised contract amendment and were assured our royalties would be paid by the next Friday. That would have been November 2. Once again, messages are going ignored and we still haven’t gotten paid.

Please do not buy the volume Insatiable Thirst. If you would like to purchase the novella that’s a part of that anthology, it has been published on it’s own. (For Love and Country by W.M. Kirkland).

The money right now is small by the statements/calculations we’ve been provided (roughly $20). It doesn’t matter. The total is only going to grow as the books are out and we haven’t gotten paid. It’s sad that yet again someone is trying to profit off of authors.