Zodiac Shifters: Prowling For His Mate 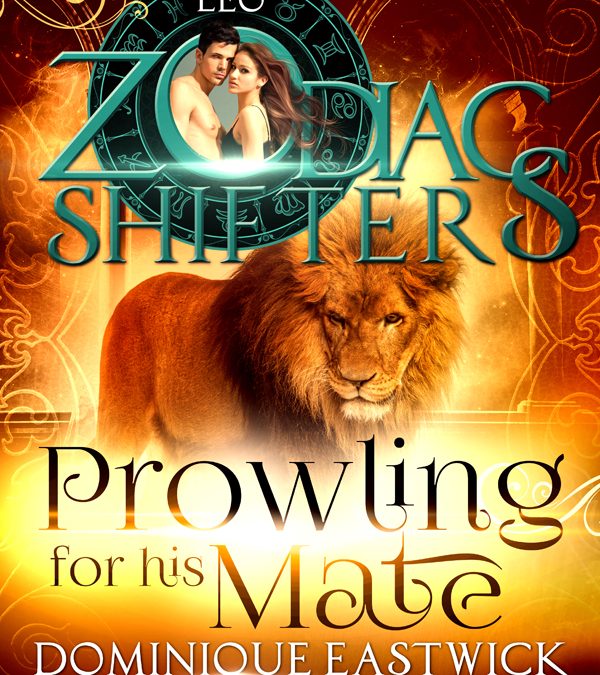 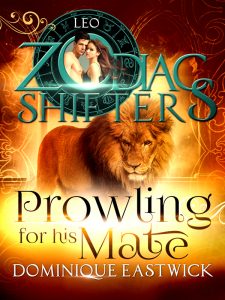 Can a Lion be the mate a mousy librarian needs?

Guarding the pride’s queen is an honor Jaison is happy to take on. He spends hours preparing for every contingency. He is ready to lay down his life if the necessity arises. What he isn’t expecting and couldn’t have planned for was when his mate crosses his path in the form of human librarian Paighton Knight.

Paighton Knight believes love is the stuff of fairy tales and has no time for those kinds of stories. Raised to be the perfect librarian, she is unprepared for feelings she doesn’t believe are real to wash over her. The second she comes into contact with Jaison Karatasos her world begins to turn and her eyes see what they weren’t able to before.

With the moon rising into the reign of Leo, Jaison has one month to show Paighton that love does exist, or he must wait until the next Leo cycle. When his responsibilities to his pride clash with his needs for his mate, will he be able to merge the two worlds?

Shame and embarrassment washed over Paighton. “I shouldn’t have jumped to conclusions, but you won’t touch me. You barely kiss me. I continually throw myself at you, and you reject me.”

“I never rejected you.” Jaison voice boomed off the walls.

“You have at every turn. You might not have meant to, but you did all the same.”

“I won’t be making that mistake again,” he growled, pulling off his shirt.

“What are you saying?” she asked in a voice far huskier than she believed she could have. She stared at his bare chest, itching to touch him but fearful he would push her away yet again.

Next to his shirt landed his pants, socks, and shoes. “I’m saying we aren’t leaving this room until we’ve mated.”

“Oh, thank god.” She threw herself into his arms. “Though I burn for you, and this heat is building, my mind is clear. I want you. All of you.”

“You have all of me.” He worked her blouse over her head and made quick work of her bra. The hair on his chest tickled her nipples, making them hard nubs.

“Not yet, but I will.” She fought with her skirt and other clothes until she was as naked as he. Gripping her ass, he carried her to the bed.

“I’m going to go as slowly as I can. I want to make sure you’re with me every step of the way.” He left a trail of kisses from her jaw down her collarbone to her breast. After laying a kiss just above her belly button he asked. “Do you want me to touch you, kiss you intimately?”

She nodded. When he didn’t do anything, she peeked between her fingers to see him staring back at her. “You want me to say it?”

“Yes, but your words are important. They give purpose and permission to your actions.”

“And perhaps there is a little vindication in this because I’m uncomfortable as hell.”

“Never has a penance been so sweet.”

He cupped her intimately between her thighs. “Just touch?”

He rolled onto his side, rested his head in his palm, and stared at her. “You’ll have to be more specific. There really are a great number of other things I would like to do to you, but I doubt you are prepared for that kind of kink quite yet.”

“I’ll get you a book,” he said as his thumb rolled over her sensitive clit. “So we’ll simply touch.”

She raised her hips, needing more but not sure what more was. He responded by placing his other hand on her stomach and forcing her to stay in place, creating an exquisite torture. “Jaison, please.”

She fought his hand, believing if she could raise her hips, he would take care of her needs. “I don’t know.”

“Didn’t you read about what to expect?” Damn him, he was teasing her.

She lifted her head. “Of course I did, but other than telling me where your penis would go, it didn’t really help me.”

“Perhaps if you’d read the books I gave you, it would’ve helped.”

Dumbfounded, she stared at him as he fought not to laugh. Thinking of a comeback, she collapsed back on the pillow. At the same time, he kissed her intimately. His tongue caressed and circled her clit, and all thoughts left her. The heat built, but this time, it didn’t burn. He stroked it and her until the muscles within tightened. He eased a finger within her, massaging her insides, followed shortly by a second. Before she knew what was happening, her body shook, but instead of stopping, he increased the pressure.

The world exploded around her in bright starbursts. And as she came back to earth—because she really believed her body had gone airborne—he still didn’t stop. “I need you please,” she begged.

Award winning author Dominique Eastwick currently calls North Carolina home with her husband, two children, one lazy lab and one lazy Norwegian Elk Hound. Dominique spent much of her early life moving from state to state as a Navy Brat, because of that traveling is one of her favorite past times. When not writing you can find Dominique with her second love…her camera.