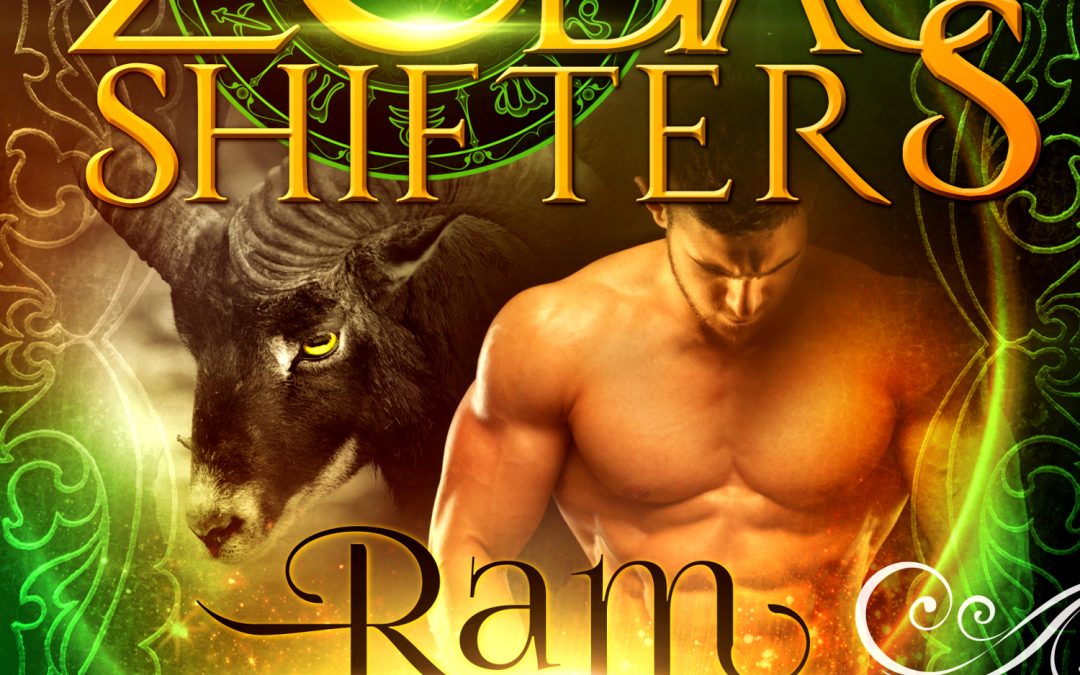 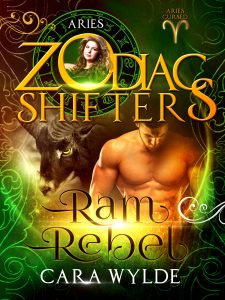 She thought she was going to be a personal assistant, not a nanny…

When Penelope Walton lands a job at Goldman Corp, the last thing on her mind is that it might be a cover-up for something dark and illegal that her boss is involved in. When Richard Goldman introduces her to the twins he and his wife have just adopted and tells her she’s going to be in charge of their homeschooling, Penny is disappointed. She doesn’t have a degree in Business Management so she can be an overpaid nanny. Something is wrong here. To make things worse, a mysterious, hot-as-sin businessman has come all the way from Spain to strike a deal with Goldman, and he’s set his eyes on her. Even when red flags pop up, she cannot resist his charms.

Enzo Salvador is a ram-shifter and an immortal Aries Guardian. His job is to track down, save and protect sheep-shifters who have disappeared and have, most likely, been kidnapped by filthy rich people who think it’s their right to own shifters for their own fun and gain. He will not stand for it. No matter how dangerous his missions are, he will crush every single person who dared to harm one of his kind. His job is his life, so when he meets curvy, sexy Penelope, he tries to lie to himself: he wants her because she’s the key to solving the case, not because the horned beast inside him screams “mate”.

Penelope chuckled when Enzo tripped over the threshold and almost lost his balance.

“Careful, big guy. Are you sure you don’t want to put me down now?”

She nuzzled his neck, then playfully nibbled at his jaw.

“Here come the stairs,” she whispered. Her naughty tongue explored the shell of his ear.

Enzo hummed deep in his chest. Apparently, Penny had no idea what she was doing to him. He was so hard that he could barely walk, but he was determined to carry his beautiful, curvy burden up to his bedroom.

“If I fall, it’s going to be your fault,” he said huskily.

She laughed, but held on to him tightly when he started climbing the stairs. As much as she loved teasing him with little nibs and kisses, she knew better than to distract him when there was real danger of them both tumbling down the stairs and breaking something. Once he reached his bedroom, he kicked the door open, made sure to close it back behind them, and gently lay her on top of the covers.

As Enzo took a step back to admire her, Penny stretched lazily.

She ran her hands through her long blonde hair, then down her rosy cheeks and smooth neck until she reached her heavy breasts, which she cupped sexily.

Enzo couldn’t suppress a low, needy moan. He immediately began undoing the buttons of his checkered shirt, and when the piece of garment was off, he climbed on top of her.

“You have no idea,” he whispered against her lips.

Penny met him half way, her hands already roaming all the exposed skin she could reach. Her fingers pressed into the strong muscles of his abs, squeezed his arms, scratched his chest… as if she still couldn’t believe this gorgeous man was real and wanted her and only her. So, she explored his body and pinched every inch of him to convince herself he wasn’t a figment of her imagination. It was a good thing he was a shifter and her small scratches and bites didn’t bother him.

He started undressing her carefully, taking his time to admire every naked curve.

“We should have done this a long time ago,” he said.

“Naked sex? Yeah. Last time, if I remember well, we were in too much of a hurry.”

“Well, I don’t want to rush anything this time.” He looked deep into her eyes. “I want to enjoy every moment of it, every bit of you.”

He removed her bra and panties, and she pulled at his belt until he got the hint that she wanted him naked as well. Five seconds later, they were finally bare, embraced, skin touching skin, hands caressing and massaging, lips kissing, tongues licking and tasting.

Enzo pressed himself against her, and Penny shuddered when she felt his hard cock on her soft belly. She reached down between their bodies, and when her palm cupped his heavy sack, he sighed and let his head drop on her shoulder. As she massaged him slowly, deliberately, he planted soft kisses up and down her neck. His big hand traced down her back, stopped for a moment on her round buttocks to give them a possessive squeeze, then moved lower and lower, until his fingers sneaked between her wet folds. Her breath hitched when he started drawing lazy, teasing circles around her dripping entrance, never quite diving in and rubbing her where he needed him most. When she moaned in frustration, he chuckled and let his fingers explore further between her folds until they reached her hard, throbbing nub. She gasped, and her hand moved from his balls to the length of his cock, pumping him gently and tentatively, as if she was just weighing the thick, hard piece of flesh before deciding what to do with it next.

He claimed her mouth in a heated kiss as he moved his fingers faster and faster over her sensitive clit. As he drank each and every moan escaping her, he felt like this beautiful goddess of a woman was filling him with her own energy, making him stronger, bolder, and somehow softer at the same time.

If you liked Ram Rebel, check out the other two books in the Aries Cursed series!